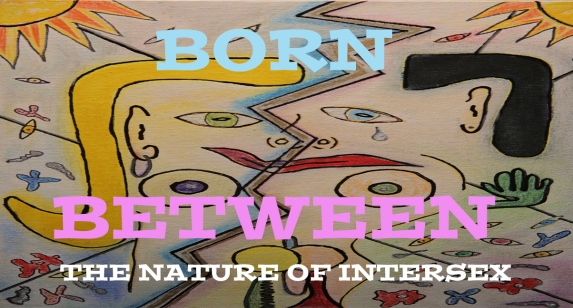 The Background Story (Part One)

In 2012 I initiated a project I knew would be an uphill struggle every step of the way. It started as research to produce a documentary film. I spent most of a year doing research and making contacts with reputable experts in the field. I recorded a few online interviews myself and I produced several educational short videos.

A year later, and now living overseas, I connected with an excellent science and educational film producer from London with a long list of credits and honors. I visited with him on a trip through London. He interviewed several individuals in London referred and introduced to us by the director of the leading support group in the UK. We co-produced a 20 minute educational video that was well received worldwide.

During that time I was contacted by good people from all around the world providing us with support for our project and telling us how important our project was in their lives. They thanked us for providing important educational information. And they shared their heartbreaking personal stories with us.

Stories of severe medical issues, incessant surgeries, social rejection, parental rejection and in some cases, naturally or surgically deformed bodies. The more I heard form these individuals everywhere, the more I knew our work was critical. At the same time I was feeling the pressures and barriers from those involved in the community and of course from those with closed ears. My commitment remained firm.

But I did reach a point where I felt the huge wall ahead and the negative responses I was receiving from some academics, individuals within support groups, and closed minded people, had become completely overwhelming. I reached a stagnation point. Our original fundraisers had minimal success and it was time for me to step back and reevaluate.

I was now working on independent projects overseas and decided to set the film project aside while I evaluated the political atmosphere now surrounding the issues in the mainstream. In September of this past year I returned home to Texas permanently. I had still not come to terms with the most productive move forward. All this time I had still been keeping up with the hard fought battles won and the small but important steps in the right direction.

I still felt it wasn’t enough. I also felt the mainstream social movement and the media, in many cases were moving in the wrong direction and alienating all the wrong people. They were being divisive and exclusive, instead of being unifying and inclusive. I myself was struggling with the social conflict between two opposing yet similar groups. One of them I had been advocating for, the other I attempted to steer away from so as not to dilute the goals I was working on for the other group.

Throughout this time a small group of academics and individuals continued to verbally support our project. But I was afraid my sincere and well intentioned differentiation between the two groups would alienate even some of the most hardened supporters, and further erode the cause myself and so many others had worked so hard for.

Until I read this article only a few days ago. This is one of the most informative and balanced articles on the balance between Intersex and the LGBT community I have ever read. Understand I am not Intersex and I am not LGBT. I started this work because I felt the science of the truth needed to be heard and understood by everyone. And the good people that had been cast into this struggle, through no fault of their own, should also be heard and respected.

I had been grappling with this very same issue and it had been frustrating me for the past year or more. The article addressed many of those concerns thoughtfully and intelligently. Although in no way does it resolve all the issues, it does provide a unifying playing field to move everyone forward. Many of the issues are created by the media of popular culture and the sensationalization of the things they sensationalize . . . and those they do not.

I had been grappling with the relationship between the nature of intersex and the cultural direction of the LGBT community. I have written, and still believe, there is a significant and often ignored difference between ‘intersex’ and ‘LGBT’. I have criticized the exuberant public attention by the media on trans issues and gay marriage, while neglecting a true biological variation, intersex.

A few months ago I published a short article on the topic. Let me be clear here. I do believe the LGBT community can be an important ally to the intersex community. This has not been the case up to this point. In fact, I honestly feel the LGBT community has damaged the public cause for intersex knowledge, respect and awareness at large.

I have said this often, some LGBT persons may be intersex. The only way to know is to be tested. Statistically, based on current research, intersex persons are a much smaller subset of the population than LGBT persons. So many LGBT persons are not intersex.

I believe many LGBT persons can relate to intersex persons in many ways. But at the end of the day, they are not intersex, and true understanding of the complexities has it’s limits. In this same vein, I do not feel it is fair to stigmatize intersex persons with the same stigmas of LGBT individuals. By this I mean sexual partner biological sex preference, or personal identity preference.

Again I want to be clear here, it is no ones business who you sleep with, or which biological sex you may identify as. The important point I want to make is, intersex biological variation is biological science. The LGBT community must understand this science. And I believe if they do, it will also help them understand themselves.

The LGBT community must also promote this understanding to the public, along with the media and the medical and academic communities. It has been argued that most issues of the LGBT community that are not political, are psychological. Accordingly, intersex persons are also burdened sometimes with deep psychological issues because of their bodies, their sexuality, or any number of other characteristics or social issues.

In the final evaluation, these similarities can create an important dynamism that will advance everyone’s cause at the same time. This is an important social synergy that is currently non-existent. We all hope this will soon change.

Focusing on the science is the answer. Since the inception of the Born Between project, my priority has always been to sidestep all the political bickering that has stagnated progress for the intersex community for so long. I saw a clear light in science, cutting through all the fighting and the confused rhetoric of defining social variations. The biological or medical lines of differentiation were much clearer. They had already been defined by the science and medical community and continue to be.

My initial stumbling block in 2013 was the volatile conflict between the trans segment of the LGBT community and the entire intersex community. It is only in the past few months that I have come to terms with this personal and social dilemma. I feel I have for years wrestled with this obstacle, and now I am finally victorious. We are all victorious.

A resolution of a complex social issue is always a pinnacle for everyone. It is with this invigorating revelation that I can now move forward with the Born Between project with the same excitement I originally had at the inception of the project in 2012. We can all move forward!

As always, I am open to any thoughts you may have.

Thank you for everything.

The Born Between Website
with videos, stories, social media links and other links:

This work by F J Llorente is licensed under a Creative Commons Attribution-NonCommercial-NoDerivs 3.0 Unported License.
Permissions beyond the scope of this license may be available at http://www.fjlinc.com.